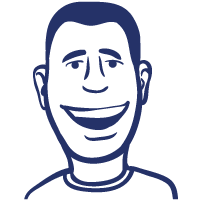 Hey! I'm Frankie, and welcome to my dental advice blog. I'm a foodie and I love sweet treats, but I also love my teeth! It can be hard to keep your dental health in top condition when you've got a sweet tooth, but it's not impossible. Over the years, I've learned tons of great advice from friends, family members and dentists, and I'd love to share it with you. My blog is here to give you all the tips and tricks you need to stay free of decay and other tooth problems without giving up all your favourite foods and snacks.

The Factors That Make Dental Implants More Complicated – But Not Impossible

There are several good options for replacing lost teeth, but since implants became widely available, they've become highly popular. It's easy to see why. They're about as close as you can get to growing new natural teeth, and they negate some of the difficulties people face with dentures.

Dental implants are a great solution for many people with tooth loss, but there are some situations where getting them is a bit more complicated. Thankfully, a lot of cases are ones where it may be difficult, but it's not impossible. If you're worried there might be a factor that stops you getting implants, here's what you need to know.

If there's been a gap for a long time

People often have the implant procedure performed shortly after tooth loss occurs, but that doesn't mean you're unable to have implants if you've had teeth missing for some time. Even if it's been a decade or longer, it's possible, but there may be some extra difficulties.

Two issues typically come into play here. The first is that the bone in your jaw may have started to degrade because there was no tooth in place to keep it healthy. If this has happened, you might still be able to have implants, but it may be necessary to have bone grafting surgery first.

A second issue that sometimes occurs is that teeth shift from their normal place when one is missing. You may need some orthodontic treatment before an implant is placed, but it can still be done.

If you grind your teeth

Teeth grinding, also called bruxism, has a number of possible underlying causes, with stress being a common one.

Grinding your teeth can cause damage to their enamel and gradually wear them down. Once you have implants, similar damage can occur to the prosthetic teeth, so it's important to deal with the problem before implants are fitted. Many dentists will insist upon it before they'll carry out the surgery.

If you don't have a good oral care routine

Poor oral hygiene might have caused your tooth loss, or you might have found yourself taking less care of yourself as a result of it.

Implants need the same level of care as natural teeth, especially in the period following their placement. It's extremely important to get back into a good care routine before you have implants fitted, so work with your dentist to get on track.

If you have a medical condition

Some medical conditions, including diabetes, make it impossible for some people to have implants.Talk to your dentist and your doctor about other tooth replacement services, and see what they suggest. You may be able to make some changes in order to get implants, or there could be some special arrangements your dentist can make so the procedure is safe and successful.